Posted by paradise on January 24, 2014 in Paradise Studio | Comments Off on Winter in Paradise

Winter did not arrive here in earnest until mid December.  Then we had two major snowstorms in one week.  It took us a day

to dig out from each.

The descent of the Polar Vortex, though not as deep or lengthy as in other places did result in a good coating of ice on Linekin Bay.  This was followed by a heavy, wet snow with no wind as it fell.  The result was magical. 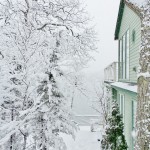 Looking across the front of Seanook toward the bay. 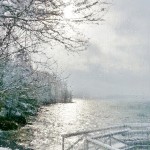 Rain on the window of Seanook’s sunroom

At the end of the storm we had a brief period of rain. 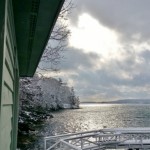 The sun pokes through the clouds and shines on the water

The sun shone through as the clouds began to dissipate. 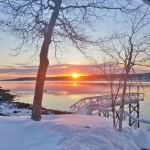 Sunset after the storm

Visit us at our Studio, 70 Paradise Point Road!